The freshmen boys basketball team was recently selected as the team of the week by the St. Louis Journal.  Check out the story!  CLICK HERE  The Tigers are currently 18-3 with only a few weeks of play remaining.  Watch them in action at one of the following home games; Friday, February 14 – 4:00 vs. 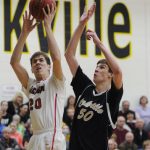 Austin Gillmann, a four year letter earner and basketball starting center, has had a successful career at Oakville High School.  With the remaining part of the season (7 regular season games) and a chance at the post season, the 6’11” Tiger has now moved to the top of the all-time lists in Oakville Basketball for the 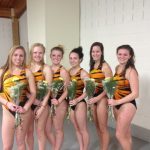 With Conference Championships only a couple days away, the Oakville Girls Swimming and Diving Team is on a tremendous hot streak.  The girls ended the regular season with a record of 9-4 highlighted by some outstanding relays down the stretch. The team has great chemistry and is as balanced a squad as Oakville has had 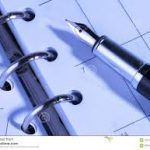 Spring Sport Schedules are now available online! Check out the PRINTABLE SCHEDULES on our new website!  With any new web program their are glitches to work through.  Unfortunately, there are two places to find schedules on our www.OHSTigers.com site.  DO NOT use the schedules found on Arbiter.com as they are not as accurate as the 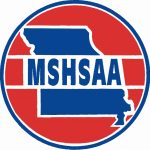 It’s hard to believe that Spring Sports are right around the corner.  The following are the sports that Oakville High School sponsors in the spring; Baseball Boys Golf Girls Soccer Boys Tennis Boys/Girls Track Boys Volleyball Water Polo (coed) Begins 2/24/14 All sports start on Monday, March 3rd [except water polo which is noted].  In order 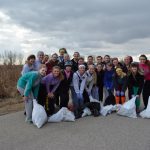 The Class or 2013 [last year] wanted to get more involved in their community.  Through a love of Cliff Cave Park, they decided it would be a great opportunity to combine “team bonding” and “community service”.  The Annual Cliff Cave Clean-up was born. This year’s clean-up took place on Saturday, January 25th.  The girls collected trash

Connor Hardesty, an Oakville junior wrestler, is a rising star in the Oakville program. While his progress this season has flown under the radar due to some astonishing matches from Seniors Dominic O’Neil and Adam Roland as well as Sophomore Captain Austin Neal, Hardesty, Oakville’s starting varsity 132 pound wrestler, quietly rolled his way into 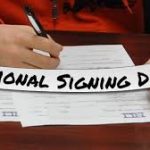 February 5th is a big day for Senior Athletes at any school.  This is the first date student athletes can sign their National Letter of Intent to attend colleges and universities on an athletic scholarship.  Many seniors are still weighing their options and will make their decisions later this spring.  All of these Tigers will 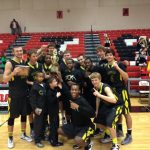 Congratulations to the Boys Varsity Basketball team who is on a ten game win streak.  The Tigers just won the Triad Tournament in style; with wins over Highland, IL [58-51], Triad, IL [59-43] and Granite City, IL [44-33].  This extends the teams record to 12-3 with nine games to go on the regular schedule.  Friday,

Multiple Teams · Jan 23 Sarajlic is STLToday Athlete of the Week

Ervin Sarajlic is honored as an STLToday Athlete of the week! A 6-foot-5 senior small forward, Sarajlic led the Tigers to three wins last week to up their winning streak to seven games. He kicked off the week by scoring 24 points and pulling down 12 rebounds in a 59-37 win over Seckman. Against Marquette,